The service was launched in 2016 by the province of Liège , the city of Liège and the ""Nautic Loisirs"" sprl with a boat, the Vauban , and 3 boarding points ( Boverie park , Saucy and Grand Curtius footbridge ) 1 .

In 2017, with 45,000 people attending in 2016, the system was reinforced with the arrival of a second boat, the Atlas V , and the addition of 3 new stops betweenCoronmeuse and the Pont de Fragnée .

In 2018, in order to increase the visibility of the service, a river hub was installed on the Édouard Van Beneden quay opposite the Aquarium-Museum . This is designed to serve as a boarding point for river shuttles and the tourist fleet 2 .

The same year, the Frère-Orban , built specially for the River Shuttle, 25 m long and able to accommodate 150 people, replaced the Atlas V 3.

The River Shuttle route starts at the Fragnée stop at the Gloesener quay , a little downstream from the Fragnée bridge , on the right bank of the Meuse .

The shuttle goes down the river and crossesLa Belle Liégeoise footbridge where it reaches its second stop, the Guillemins stop on the quai de Rome on the left bank in front of the Boverie park .

It continues its path passing successively under the Albert Bridge I. and Kennedy to reach the Pole river stop on the Quai Edouard Van Beneden facing the Aquarium-Museum .

The shuttle then passes under theSaucy footbridge to reach the fourth stop Center ville located on Quai Sur-Meuse .

It then crosses the Arches and Maghin bridges to stop at the historic Heart station on the Godefroid Kurth quay in front of the Grand Curtius .

Finally, it passes under the Atlas Bridge to reach the last stop, Coronmeuse , on the Quai de Wallonie . 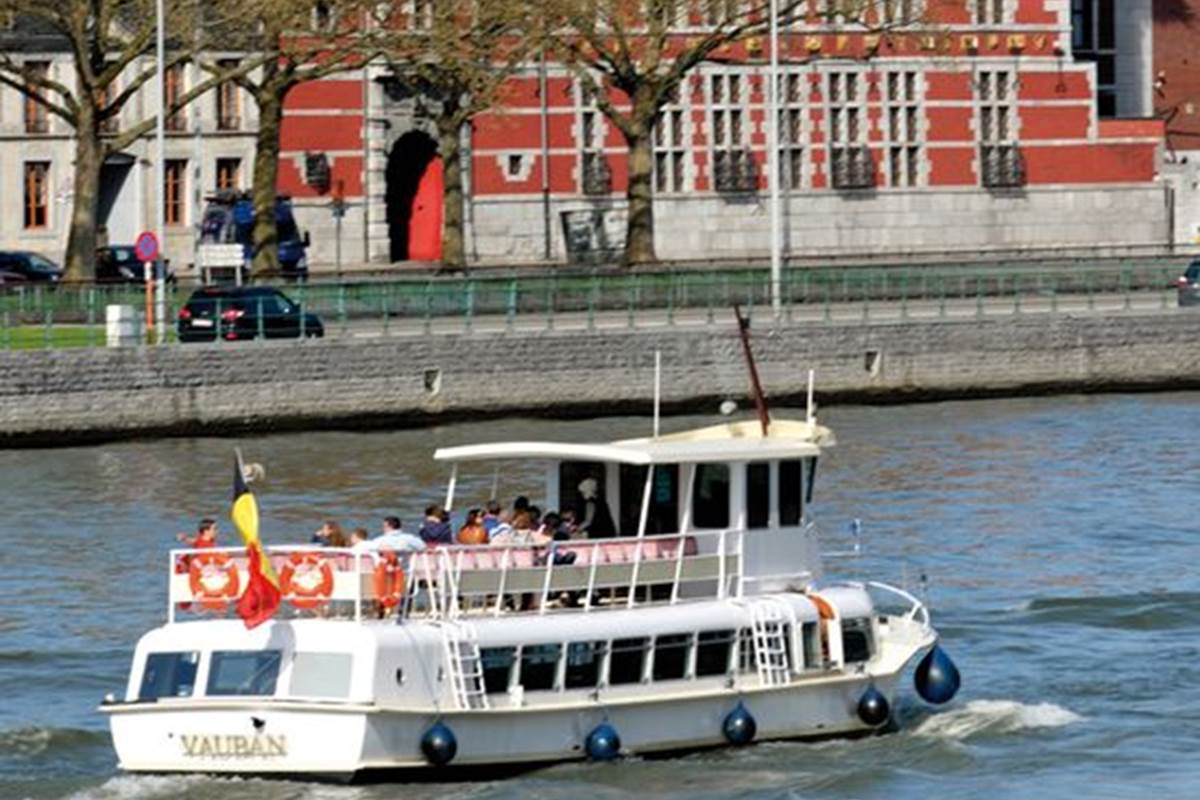 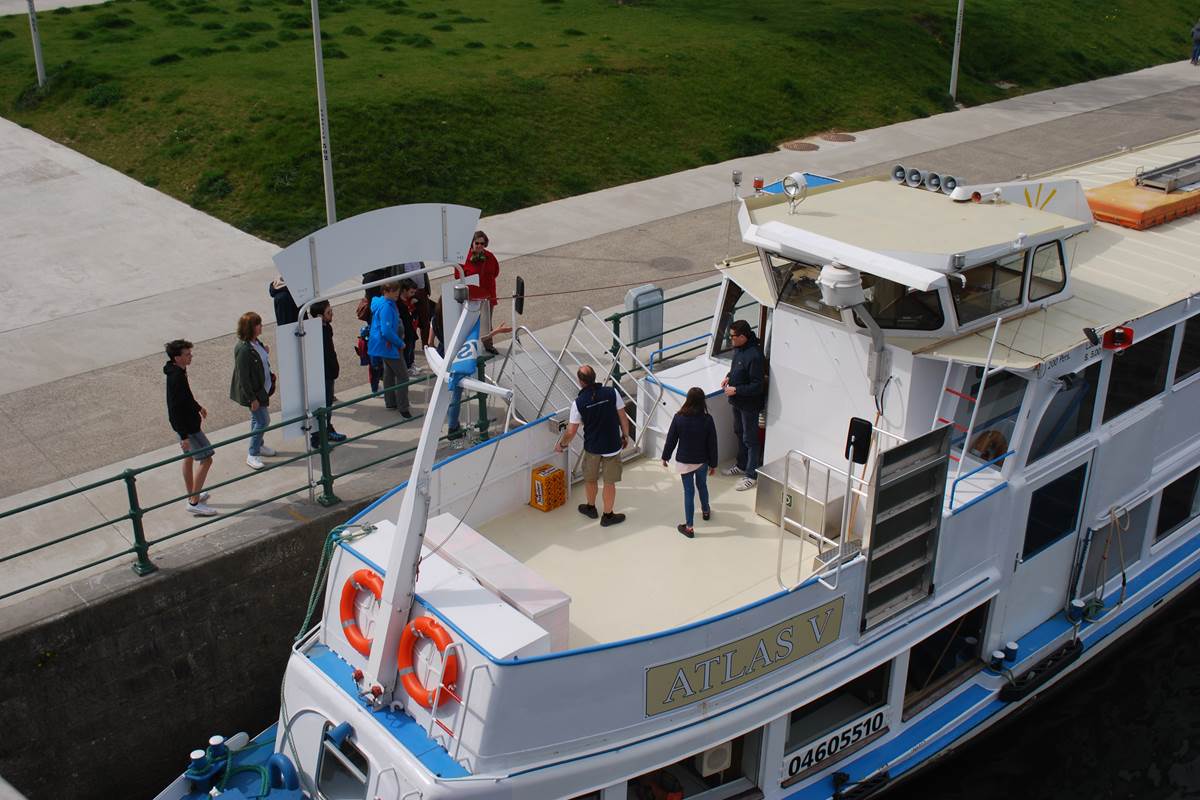 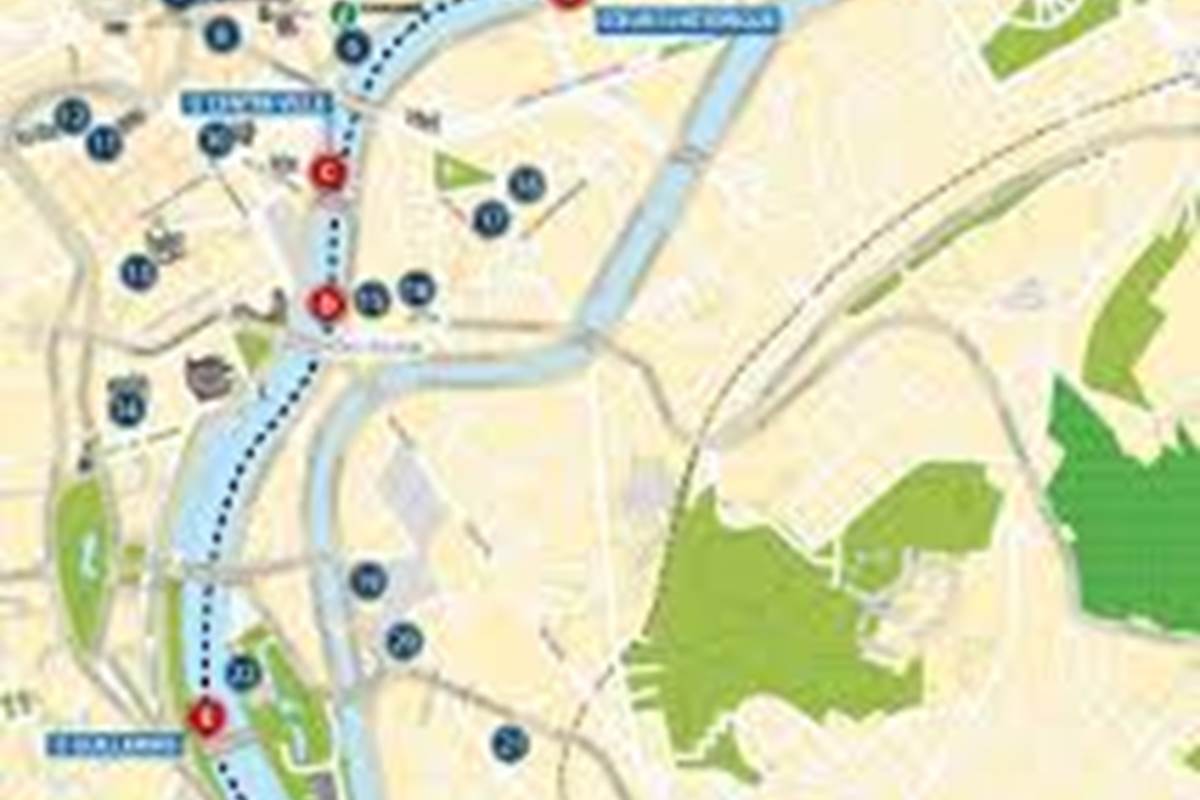